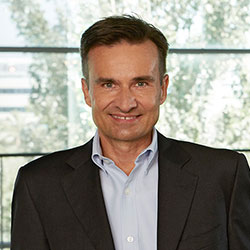 Marco became Chairman & CEO of Vueling in September 2020, after being Chief Commercial Officer of Iberia since 2013. He started at KLM in 1995 where he was appointed General Manager for Central Europe in 2001. With the Air France-KLM merger, he held the responsibility first as VP Global Business and then as Commercial Director Europe. In 2012 he was appointed Sales & Distribution Director and then Chief Strategy & Network Officer at Alitalia.