Deputy Director General for Strategy and Services to Tourist Sector 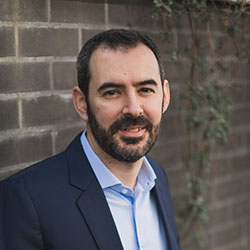 Graduated in Law & Economics. After a brief period at Spanish Competition Authority, he developed most part of his career at Turespaña: Head of Markets, Head of Promotion and Deputy DG of Marketing. In 2012 was appointed Director of Tourist Office of Spain in Brussels.
In 2017, became part of the DG Communication at Ministry of Foreign Affairs. Later he has been Deputy DG of Coordination and Institutional Relations in Secretary of State for Universities and R&D&i and Manager of Just Transition Institute.
In summer 2021 he returned to Turespaña where he holds the position of Deputy DG of Strategy and Services to the Tourist Sector.