CEO of The Futures Agency 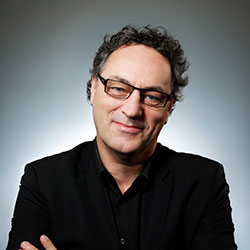 Gerd Leonhard’s motto: People, Planet, Purpose, and Prosperity. As one of the leading futurists worldwide, he’s presented at hundreds of leading conferences and events over the past 20 years. He has worked with Microsoft, NBC, Visa, Google, the European Commission, Audi and IBM, just to name a few. Gerd’s had the opportunity to influence and inspire millions to “Imagine and create a better tomorrow”, which led to him being named to Wired UK’s 100 Most Influential Europeans in 2015.