Vice-Chair of Transport and Tourism Committee 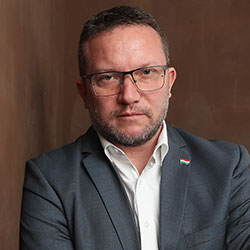 In 2014 I became Chair of Tourism Task Force in the TRAN Committee where served as Vice-Chair. In 2019, I was re-elected. I have initiated tourism related programmes, as EU-China Tourism Year 2018, and the European Capital of Smart Tourism. I was awarded by the best MEP of the year two times by the MEP Award of the Parliament Magazin. I am Political Mentor of the FreeInterRail-programme (DiscoverEU). In 2018 I was appointed as special ambassador of the UN World Tourism Organisation.