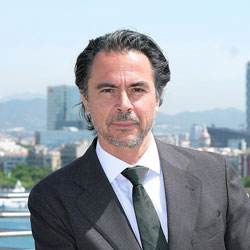 Alfredo obtained the degree of Industrial Engineering by the Polytechnic University of Madrid and holds an MBA from INSEAD. He has a broad professional experience in the cruising industry since 2002. He held the position of Managing Director at the Spanish cruise line IberojetCruceros that was acquired in 2007 by Carnival Corporation&PLC and rebranded as Iberocruceros, where Serrano remained as the Managing Director. In 2014, was appointed National Director at CLIA Spain.