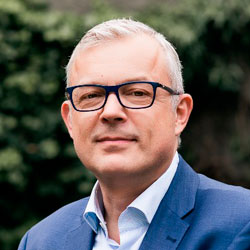 Christoph Tessmar was born in Germany on 3rd of May 1964. He started the professional career in the pharmaceutical industry. In January 1990 he moved to Barcelona where he started with the organization of some events and congresses. In 1999 he joined Sanofi Spain as congress manager where he worked for until January 2012. Since March 2012 he is the Director of the Barcelona Convention Bureau. He is actually the president of the ICCA Iberian Chapter and member of the PCMA European Advisory Board.