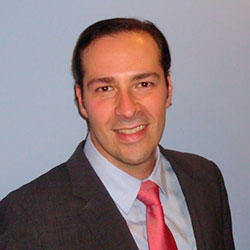 Master’s degree in Public Policy (MPP) from the University of Oxford, M.A in Latin-American Studies from the University of Salamanca. Director of the ProColombia’s office in London and leader of operations in Europe. Before joining ProColombia, Jose held several managerial positions in the Colombian government (such as Under-Secretary of Education of Bogota and Head of the International Affairs Office at the Colombian Ministry of Education) as well as in the UN.

Sorry, no posts matched your criteria.