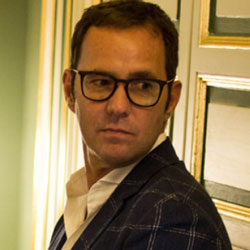 Juan P. Juliá Blanch is the founder and owner of Axel Hotels. AXEL HOTELS is a small hotel chain specializing in the LGBTQ+ community. Axel Hotels does not wish to define as gay, because Axel Hotels represents much more, for which it has coined a new term: heterofriendly. Axel Hotels was founded in 2003 with the opening of the first Axel Hotel in Barcelona. Juan Juliá has been involved in the gay Community since early thirties when he opened the Axel Barcelona. Juan has also been engaged with the young entrepreneurs as mentor and giving lectures in different conferences and universities.

Sorry, no posts matched your criteria.