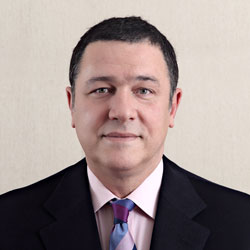 Mr. Kutman is a founding shareholder and Chairman of Global Ports Holding. Actively involved in business development, Mr. Kutman also serves on the BOD of several Global Investment Holdings subsidiaries and affiliates. Prior to founding the Company in 2004 he has resided in the United States, where he served as VP of North Carolina National Bank, Sexton Roses Inc. and Philip Bush & Associates. Mr. Kutman holds a BA (Hons.) from Boğaziçi University and an MBA from the University of Texas.